Swimming in the Cathedral

Swimming in the Cathedral was a piece I made for a residency at Wimbledon College of Arts as part of Acts-Reacts 2,  a collaboration across the Fine Art and Theatre areas. The theme for this year was, ‘Space and Place’, and my project was based on research about the life of Crystal Palace Sports Centre.

Crystal Palace National Sports Centre was completed in 1963. It has been the setting for major international sporting events such as Steve Ovett winning the two-mile record in 1978, but at the same time it is also a place where local people of all abilities can enjoy a swim in facilities designed for Olympic contestants.

During the residency I made a large-scale fabric piece, based on the monumental concrete struts that form the internal supporting spine of the building. By making these pieces in fabric both their structural function and role in the monumentality of the building were inverted. From being massive, monumental structures they become floppy, bathetic objects.

The scale of the piece was at the scale of play. So the fabric struts were big enough for a person to fit into or under them, and to be moved around in the process of engaging with them. The audience / participants were invited to sit amongst, on and in the piece. So during the concluding event (see images below) it became both an environment as well as the subject of the discussion.

The timetables for sports classes and the routines of local people returning to the sports centre to workout, swim or take their children to classes, form part of the ‘contemporaneous plurality’ and sense of ‘place in the process of becoming’ (Massey: 2005, p9). The challenge of constructing the sewn structure in the gallery within the time-scale of a week became like a marathon, which reminded me of the rhythm, routine and ‘racing against the clock’ for sports activities. 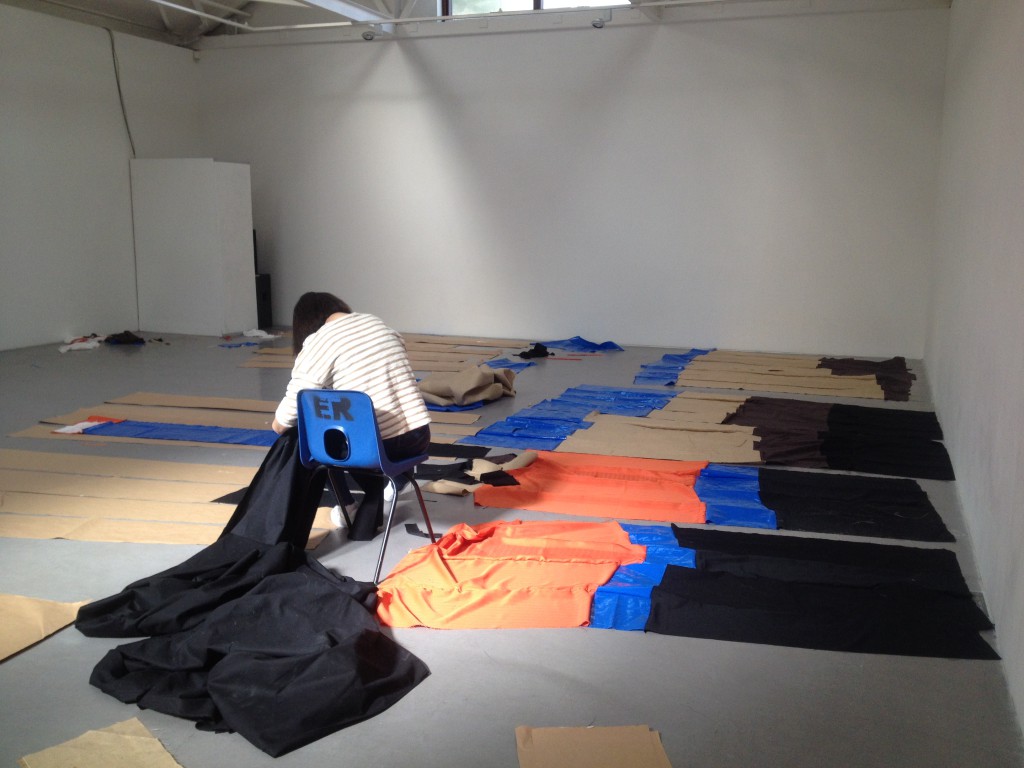 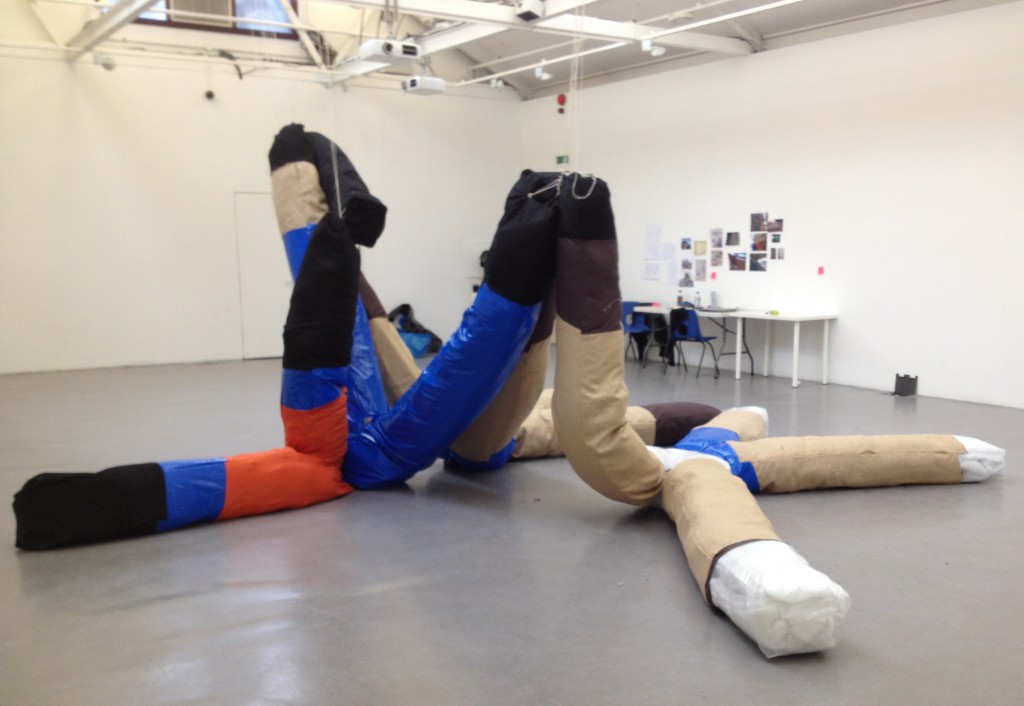 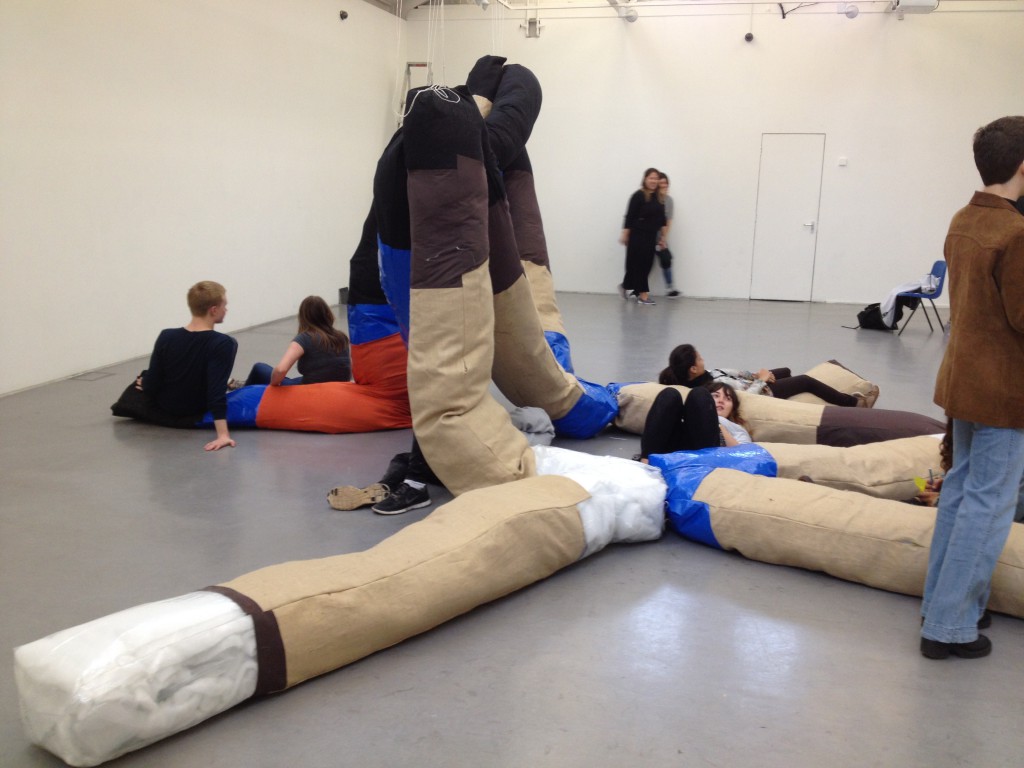 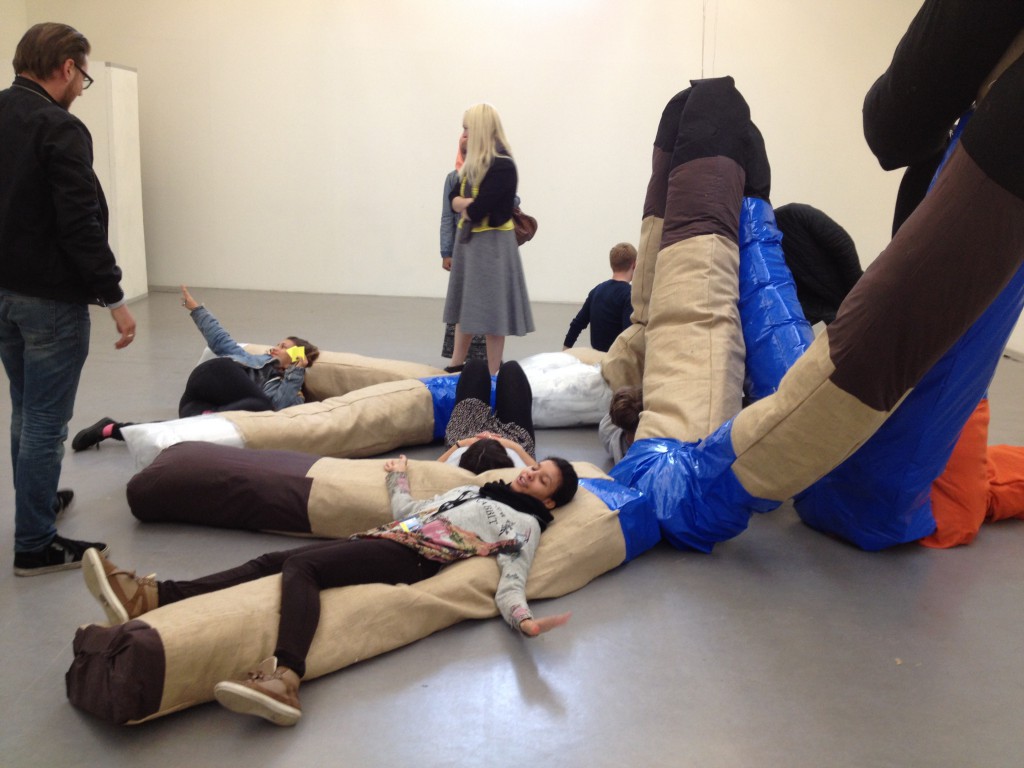 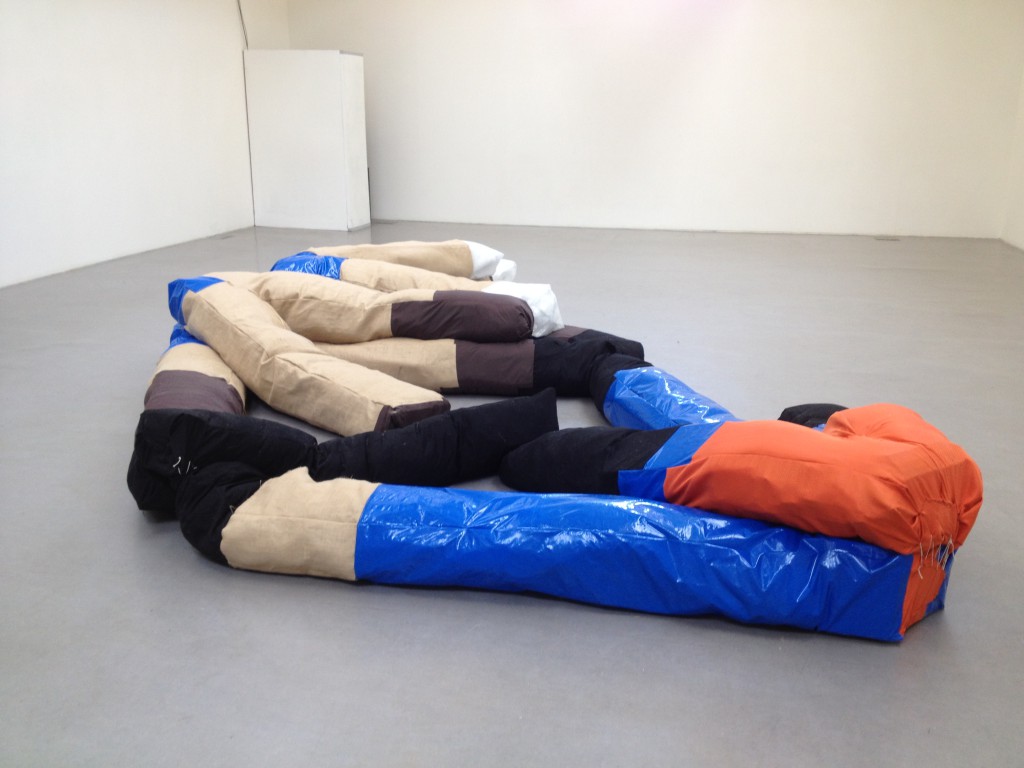